I’m sure you Singaporeans out there remember the lovely local host and actress Sharon Au, though she has been missing for a couple of years from tv! 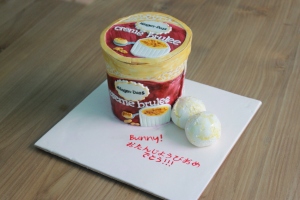 Well, I got the opportunity to bake for her last week – A Haagen Dazs cake. Not your usual icecream cake! 😉 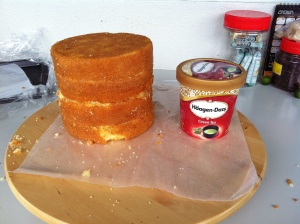 Baked some vanilla cake, 6 each in diameter!

Carved the cake closer to the shape of the tub. She particularly wanted the “flavour” of the icecream to be Creme Brulee. I could have used chocolate cake or something, but I thought it would be fun to try to somewhat mimic the flavour into the cake.

In between and surrounding the layers were vanilla buttercream, and put some caramelized sugar in between the layers as well. 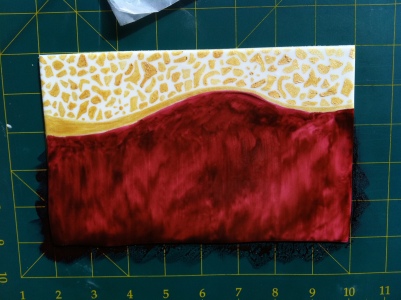 Half at a time.

Not the exact design on Haagen Dazs though. It was combining the old and new design of its packaging. Turned out rather well at the end anyway.

Was really quite happy with the outcome! 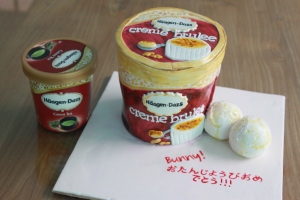 It’s only about 1.5x bigger than the actual size. Scooped out fondant with an icecream scoop to make it look like 2 scoops of Creme Brulee icecream on the side! I’ve never tried this flavour of Haagen Dazs personally – I don’t think it’s available here in Singapore though.

Sharon Au is really friendly, petite and pretty! She’s a sweetheart. Knowing I had my graduation ceremony the previous day, she got me flowers 🙂

She thinks she is old and forgotten, I beg to differ! She looks gorgeous and still is loved for her acting and hosting! It was a pleasure meeting her. Enchante, Sharon!