So i wanted to bake something different, something not as common, like chocolate. My sister suggested Earl Grey, saying that that would be something different. I tried googling recipes (i google EVERYTHING haha) but couldnt find one for earl grey macarons. One with recipe and pictures at least. So i decided to use the same recipe as my chocolate macarons, but use earl grey instead of cocoa powder. And it worked well 🙂

And the first thing that occurred to me was : what does earl grey go with? I had no idea what the filling should be. I asked my sister and she mentioned that people actually have earl grey tea with lemon! So i thought lemon would make an awesome filling.

I cut up a few teabags and put it in the processor. I wish i did put them in a little longer and made it finer though. Would’ve been better i think!

Tea leaves! i put them through a sieve so the bigger leaves dont go through. I couldnt grind them properly cos there were too little. Haha. Anyway. I processed my ground almonds too. So i sieved the tea leaves, ground almond and icing sugar and mix the dry ingredients well. Set aside. 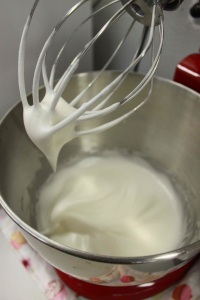 Whisk your eggs whites. Then add the sugar in. Beat until soft peaks form. Be careful not to overbeat them! You don’t want stiff peaks. 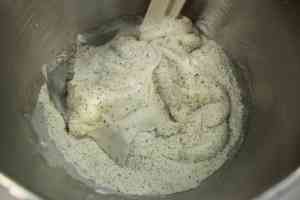 Add your dry ingredients to your egg whites and fold it in. I added mine in half at a time. Fold until well incorporated. 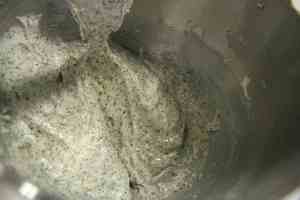 You should get a slow moving, flow-like-magma batter.

Heat your egg whites and sugar in a saucepan and stir continuously until sugar is dissolved. It should look white and foamy. Turn off heat. Be careful not to cook the egg whites hahaha! 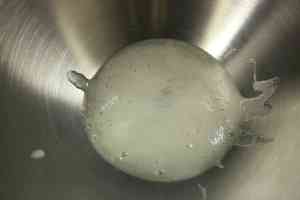 Transfer it into the bowl and start beating it with your whisk attachment.

It should look like this after a while. Like marshmallow cream! Beat in your butter and lemon juice. I used about.. 2 tablespoons? Should’ve add in the rind. Maybe next time! Heh.

Macaron shells after they are baked! Sorry i baked these at night. And the lighting was bad 😦 So i tried using flash. 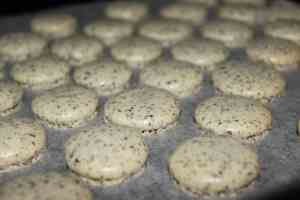 Pipe your buttercream in.

Looks more like cookies and cream kinda flavour don’t you think? That’s an idea! Probably make them next time 😉

If you appreciate earl grey, i think you will love these 😉 Enjoy!